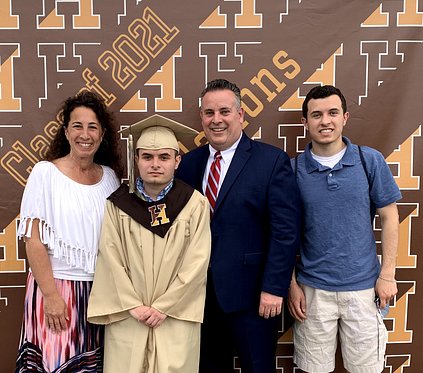 Rich is a lifelong entrepreneur. He took over his first paper route three weeks before his 11th birthday. Over a period of five years, he took over other nearby routes for a combined 100 customers.

During law school, Rich started a business from his apartment performing legal research and writing memoranda of law for attorneys in the Boston area and the Haverhill area. After law school and immediately after his swearing into the bar, he started a private law practice in Haverhill with one of the attorneys he worked for during law school.

In 2005, Rich and his business partner, Dave Kres, started Buyers Brokers Only, LLC in Haverhill. Believing that homebuyers needed 100 percent loyalty in a seller-centric industry, Buyers Brokers Only, LLC is an exclusive buyer agent real estate firm, which means the company only represents homebuyers, never sellers, thus avoiding conflicts of interest common in the real estate industry. The company, based on Merrimack Street in downtown Haverhill, has grown to be the largest exclusive buyer agent real estate firm in New England and one of the largest in the United States.

Rich also has been asked to speak at national real estate conferences about exclusive buyer agency, as well as on other topics. He currently serves on the board of directors of the nonprofit National Association of Exclusive Buyer Agents (NAEBA).  Rich is currently NAEBA's president-elect.

Rich grew up in Bridgeport, CT, which is a city not unlike Haverhill but bigger, with his late parents, older brothers, and grandparents.

His father, Harry, dropped out of school at 15 years old to work to help his family, but he always encouraged Rich to work hard in school. Rich's father was a U.S. Army Veteran and worked as a meat cutter, including many years as a member of the United Food & Commercial Workers Union, Local 371.

Rich grew up in a two-family home, with his paternal grandparents living in the apartment on the second floor. His grandparents were immigrants from Sicily, Italy.

Rich attended both public and private schools as a child. He played Little League as a child and varsity baseball in high school.

Rich has been active at his children's schools, volunteering, helping out, and donating to various school causes. He also has been a coach at the Haverhill YMCA, a CCD teacher at Sacred Hearts Parish, and involved in the Toys for Tots program locally.

Rich has operated a community Facebook page (Haverhill Happenings) since 2011, promoting Haverhill civic organizations, school events, and local businesses, as well as spreading the word about the many positive things happening in Haverhill.

Rich Rosa decided to run for the Haverhill School Committee in 2017 because he believed we could do better for our students, parents, taxpayers, and teachers. He cared about our public schools and our future, and he wanted to help.

Voters elected Rich to a four-year term to the Haverhill School Committee on November 7, 2017.

With a tireless work ethic and dogged determination, Rich went to work to help improve our public schools.

Rich lives on Kenoza Street in Haverhill with his wife, Anne Marie (Bastianelli), and twin 19-year-old boys. He has been a business owner in Haverhill for more than 25 years as a lawyer, and presently as co-owner of an exclusive buyer agent real estate company.